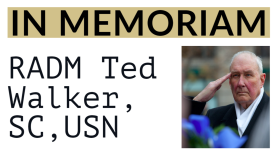 The Legacy of RADM Ted Walker
Last week the Supply Corps Community bid a final farewell to one of our most beloved leaders. A memorial ceremony for RADM Edward "Ted" K. Walker, Jr. was held at the United States Naval Academy, with many from our Supply Family in attendance. Rear Admiral Walker passed away on December 11, 2021. As the 35th Chief of Supply Corps and Commander, Naval Supply Systems Command, RADM Walker advocated the Corps’ critical role as the ‘Golden Link’ in the chain that makes everything else in the Navy possible, and each officer’s role within the chain. Revered by his Community, RADM Walker served as a 2018 BQC graduation ceremony guest speaker. In his speech, RADM Walker shared his ‘Golden Link’ perspective and the great lessons he learned while serving in the Navy. In 2020, the NSCF honored RADM Walker as a Distinguished Alumnus, for his great success in the private sector following his 34-year naval career, in a virtual ceremony celebrated by the Supply Community around the globe. The Supply Corps will forever be touched by RADM Ted Walker's example, leadership, and contributions to our Community. Fair winds and following seas... 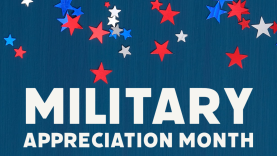 MAY IS MILITARY APPRECIATION MONTH
We are grateful for our servicemen and women, in and out of uniform, every day...but during the month of May, we pay special attention to the selfless soldiers, sailors, airmen and marines who help keep freedom free. In 1999, Congress designated May as National Military Appreciation Month, to ensure the nation was given the chance to publicly show their appreciation for troops past and present.

The Navy Supply Corps Foundation is proud to serve the men, women and families of our Navy Supply Corps throughout the year, since 1970. Hundreds of volunteers throughout our 38 Chapters worldwide bring educational and social opportunities to the Supply Community. Additionally, our Museum Ship Display, Scholarship and Transition Programs, among others, continue to honor our Supply Corps history and provide services in support of our active duty, reserve, veterans and their families.

This month, throughout the country, many towns will host celebrations in honor of local active duty, reserve and military veterans. Local businesses may offer discounts, while sports teams and museums may give free entrance to military families. We hope you'll take advantage of these opportunities and share your pride with your local community.

Learn more about Military Appreciation Month and the many discounts available to you in May! Visit the following websites: 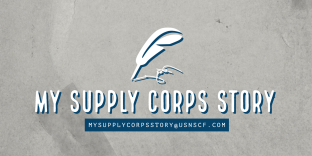 We want to hear from you! Each member of our Community offers a unique perspective on life in the Navy Supply Corps. Share your personal experiences and greatest memories with our Heritage Committee.

Capturing your stories serves to honor our shared heritage and preserve our Supply Corps traditions. Each member experience brings depth and dimention to historical events and offers the public a greater appreciation of the Supply Corps role in the Navy and service to the United States of America.

Please submit stories, photos or videos to MySupplyCorpsStory@usnscf.com. Include names, dates, and locations, if known. Unless otherwise requested, all submissions will become property of NSCF and NSCF may publish, archive or share content with the public.

Everybody has a story, and we want to hear yours. Honor our heritage. Share your Supply Corps story today!
Read More 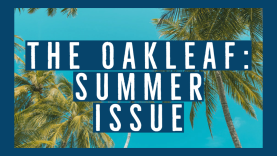 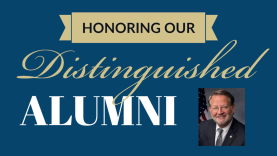 Senator Peters stated that: “I am deeply honored by this recognition. My time as a Supply Corps Officer has shaped who I am personally and as an elected official. During my time in the Navy Reserve, I served with some of the most patriotic individuals I’ve ever met. For us, it never mattered what our political ideology was – we focused on working together to accomplish our goals. The dedication of those I served with in the Navy Reserve reinforced in me that we must keep the promises we’ve made to those who have worn the uniform and served our country. Joining the Navy Reserve was one of the best decisions I have ever made - and the lessons I learned will continue guiding my work.” 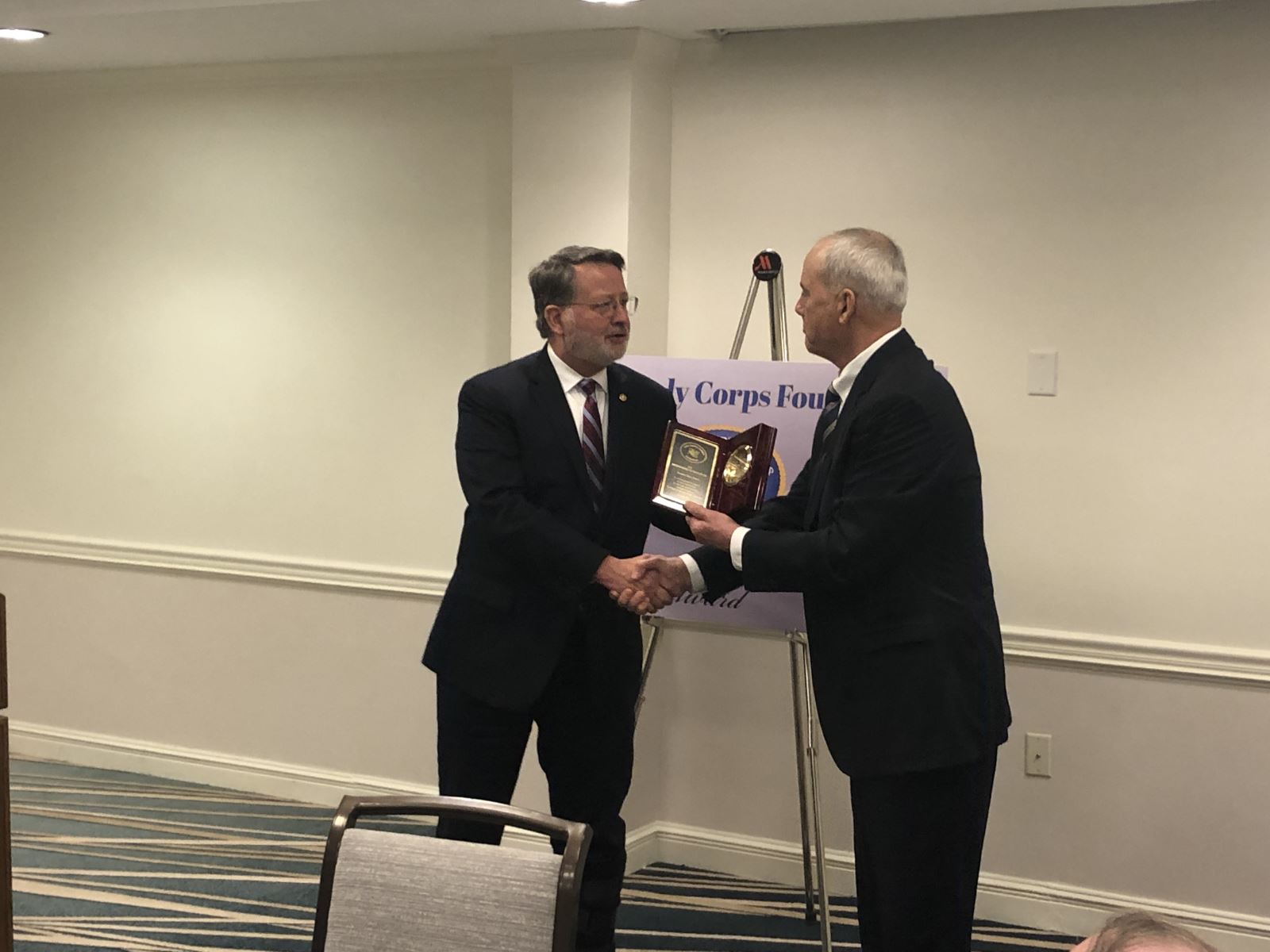 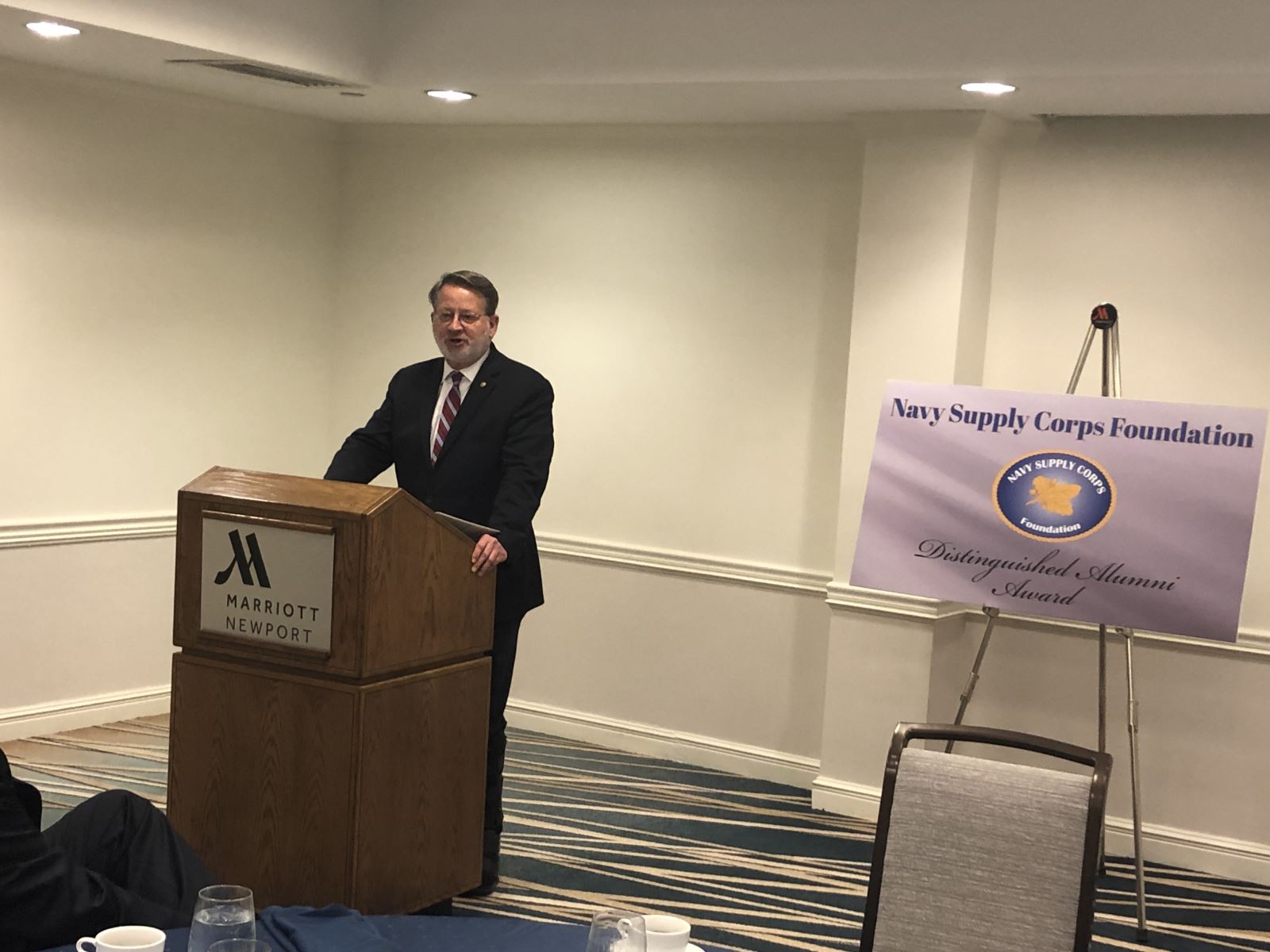 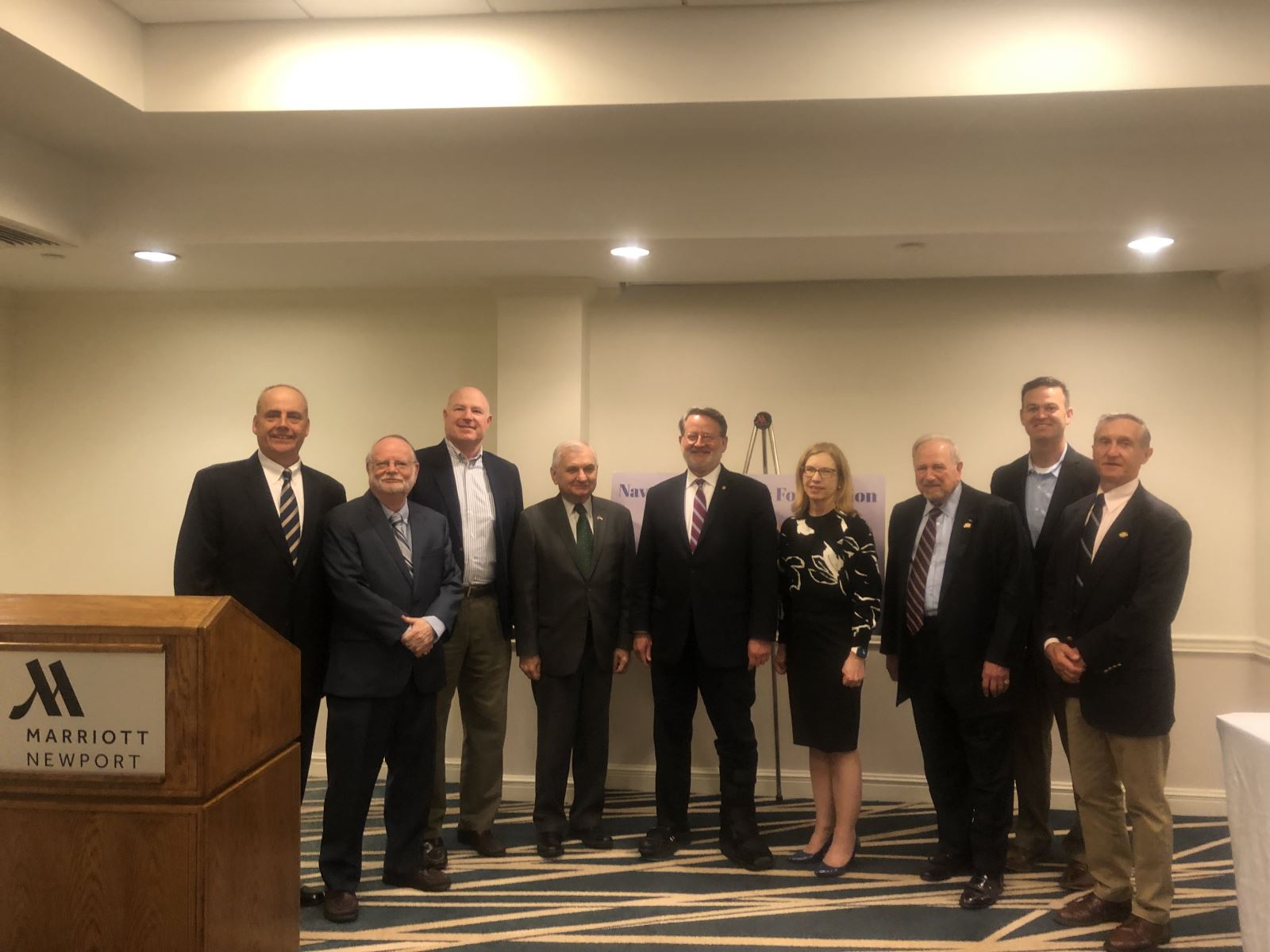 Here is the link to current Norfolk NAVNET...