FLASH FROM THE CHIEF: Patriot Day and National Day of Service and Remembrance 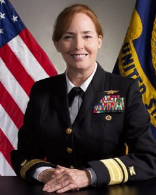 Patriot Day and National Day of Service and Remembrance

At 8:46 a.m. on September 11, 2001, the United States and the world entered a new era as hijackers crashed American Airlines Flight 11 into New York City's World Trade Center North Tower. The World Trade Center South Tower was struck 17 minutes later, and the Pentagon was hit 51 minutes after the initial attack. And yet, later still, 77 minutes following the first attack, United Airlines Flight 93 crashed in a field in Somerset, Pennsylvania, as passengers and crew fought hijackers for control. In all, nearly three thousand people from all walks of life, and hailing from around the world, were killed that day. Following these horrific events, we embarked on a new era to rebuild infrastructure and strengthen security, while engaging in a global campaign to defeat terrorism.

Today, we remember and honor the victims, the heroic rescuers and responders, and all who have served to make our nation safer, stronger and more resilient. We honor the thousands of Soldiers, Sailors, Airmen, Marines, Coastguardsmen and civil servants deployed around the globe. Together with our Allies and partner nations, we safeguard our freedoms and security and are more ready to defeat those who would do us harm.

After 18 years, on this National Day of Service and Remembrance, we honor and remember the legacy of 9/11 by lifting up our neighbors and communities. Whether we volunteer, donate to charity organizations, give blood or help with an act of kindness or encouraging words, your service helps our continued healing and recovery.

Today and every day, we should remember the ideals that define our union and stand by each other as we continue to strengthen our communities and better our world.