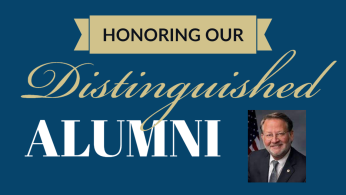 Senator Peters stated that: “I am deeply honored by this recognition. My time as a Supply Corps Officer has shaped who I am personally and as an elected official. During my time in the Navy Reserve, I served with some of the most patriotic individuals I’ve ever met. For us, it never mattered what our political ideology was – we focused on working together to accomplish our goals. The dedication of those I served with in the Navy Reserve reinforced in me that we must keep the promises we’ve made to those who have worn the uniform and served our country. Joining the Navy Reserve was one of the best decisions I have ever made = and the lessons I learned will continue guiding my work.”